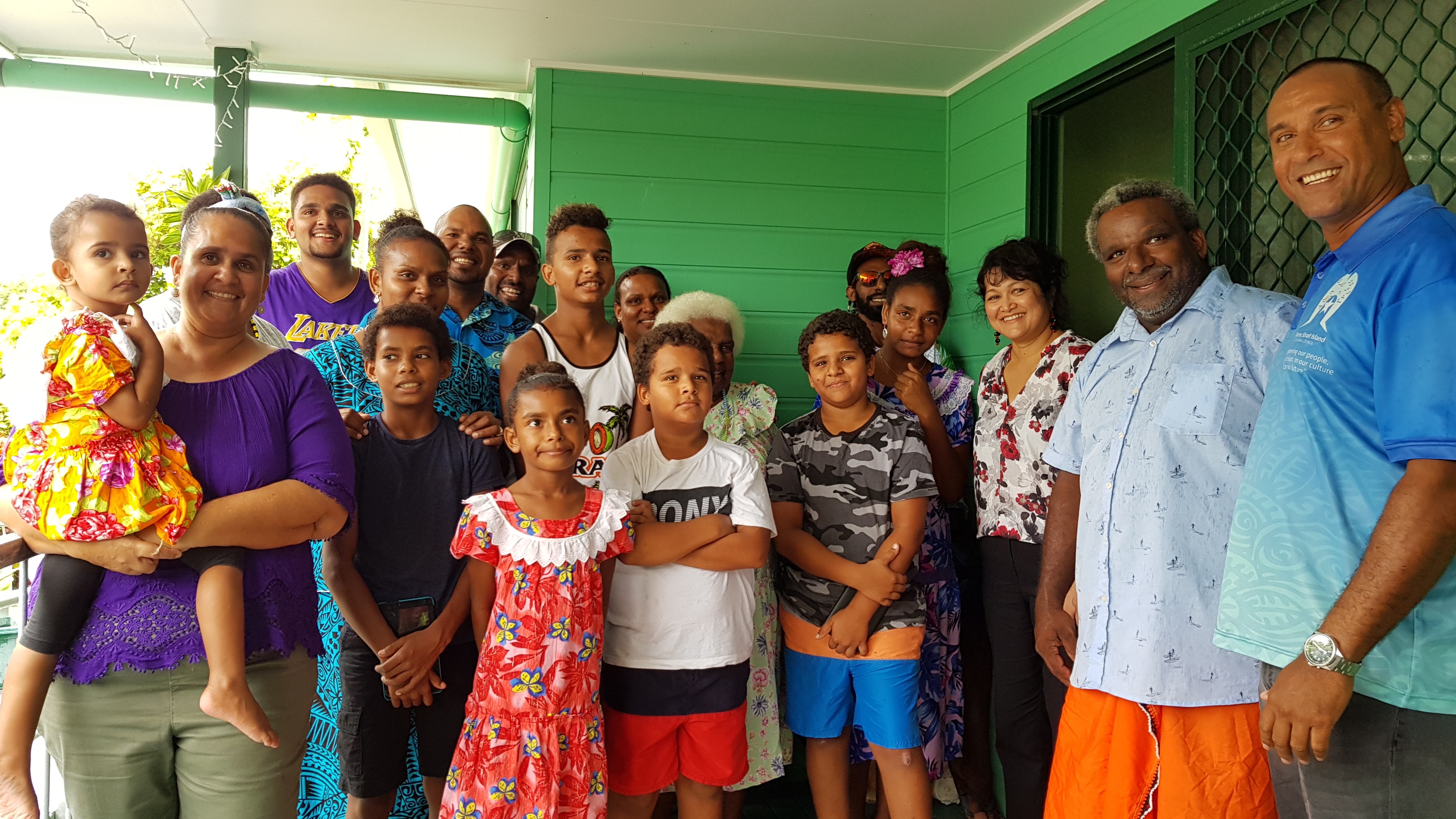 Torres Strait Island Regional Council is transferring ownership of five rental properties at Poruma to families that have expressed their interest and have accepted the responsibilities that come with being a private homeowner.

Council welcomes this important milestone for home ownership in the Torres Strait.

Katter Leases have been granted and are already well in place where these houses are situated. Katter Leases were created under the Land Holding Act 1985. These leases were granted prior to Local Government Amalgamations.

Council and the Department of Aboriginal and Torres Strait Islander Partnership have been working together with Katter Lease holders to deliver the opportunity of private home ownership. While some communities have existing private homeowners under Katter Leases, the Poruma house transfers represents the very first rental property divestment to private homeownership in many years.

Mayor Fred Gela said “I’m ecstatic and proud of this achievement and will support many more homeownership outcomes to come. This is a moment that will be treasured and remembered by Council. Council has been consistently advocating for this outcome for quite some time now. Recent consultations in pilot communities and a history of homeownership applications to Council demonstrates a strong desire of many of our families to own their own homes. While many Australians can take this opportunity for granted it was almost impossible for people within my constituency, due to multiple land tenure arrangements that were very restrictive and confusing.”

“Legislation has since been amended allowing further opportunities to be taken up in DOGIT communities if communities themselves choose to head in that direction. These changes required political support and will from our State politicians. I must acknowledge and thank the Palaszczuk government for their continued support in helping us open up the doors to Homeownership and many other economic opportunities that are available to our communities.”

“We’ve also secured a commitment from the State with funds already identified and earmarked to bring properties under similar arrangements up to a suitable standard with a work scope that is agreed by both parties. This has been a huge success.”